How to Launch an Award-Winning Blended Learning Program 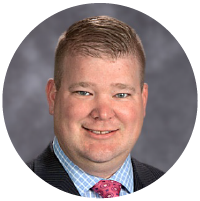 Dr. Todd E. Keruskin has been Assistant Superintendent of the Elizabeth Forward School District since 2009. Previous to this, he was both the principal and assistant principal of Baldwin High School as well as assistant principal, dean of students, and a physics teacher at McKeesport Area High School. Since 2005, he has also been an adjunct professor at California University of Pennsylvania where he teaches in the Master of Education in School Administration and/or K-12 Principal Certification program.

Q: What strategies did you use to prepare your teachers for blended learning?

I strongly suggest giving the teachers iPads months ahead of time. Create additional professional development so all teachers feel comfortable. Once you give every student an iPad in your district, every student and every parent will be expecting the classroom to change. If your teachers are not prepared for it, it’s not going to go well. We gave our teachers iPads in August and we rolled them out to our students in October. In hindsight, we would have given the teachers even more time. But they had a lot of professional development; any time that we could connect with the teachers after school or before school, we did.

As a superintendent or assistant superintendent, you [also] need to make sure your principals are onboard and understand some of this technology. If they go and observe a lesson, do they know that’s a boring lesson and do they know how to use technology to enhance that lesson? It’s key to make sure your principals have gone through training too so they can push your teachers. 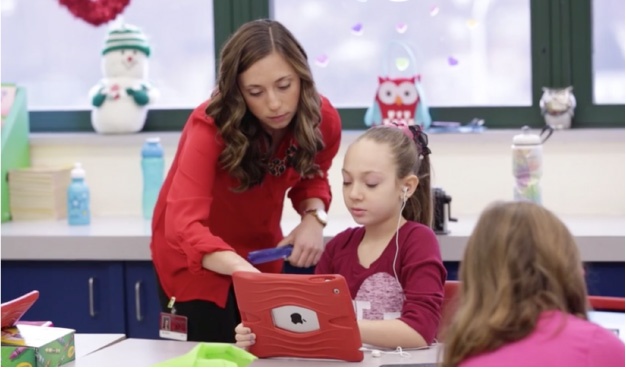 Q: What are the biggest challenges and benefits of implementing a 1:1 blended learning program?

I look at iPad usage in a classroom as three parts. One: creating engaging, creative lessons for students. There are so many apps out there and we can do more project-based learning than we ever could before. Two: if you have a question, or any kind of research, it is at your fingertips now with an iPad in your hand. The third thing is [the] gamification of a lesson. What apps are good out there, which ones are most effective?

"Some of our teachers that I thought would struggle with 1:1, they would tell you now they could never go back to teaching without an iPad."

Not every lesson needs to use 100% technology. There might be some things that we want kids to be cutting and pasting at the elementary level. We’re trying to find that fine line between when do we incorporate technology, and when do we not need to because we have a good lesson? The other thing with the 1:1 is, what is the data that shows it has impacted student achievement? We are going to invest all this money in 1:1, but is it improving student achievement? We already know it is impacting student engagement, our teachers can tell you that. Some of our teachers that I thought would struggle with 1:1, they would tell you now they could never go back to teaching without an iPad.

Q: How did you pay for your blended learning program? What advice do you have for other administrators looking to fund an iPad program?

We started to look at different vendors we were using and looked at the data. My advice is to look at your budget, and if you’ve always used a certain intervention: is it working? Really look carefully at every line in your budget and figure out if you can remove things. That’s really what we looked at to afford eSpark and to afford this initiative. We were spending almost $400,000 on replacement iPods, laptops, and desktops. We spend less than $400,000 now on a lease program and every student has an iPad and gets to take them home. We just looked at our funds and changed it. With the lease program, every two years we get new technology. We were really intrigued by this lease program because of how fast technology moves, so we decided to do this two-year lease. We self-insured, so we required our parents to give $20 per device and we didn’t go through an insurance agency.

Q: How do you measure the success of iPads and eSpark?

[Before starting our initiative] we went to Utica, Michigan in October 2013. We saw eSpark in action, and we were totally blown away. We walked into a kindergarten classroom, and if someone had told me it was a second grade classroom, I would have believed them. Kids were on apps, they were so engaged, and everybody was working on a different app. In December 2013, we gave our first NWEA MAP assessment to our students. In January, we implemented eSpark Learning in our kindergarten classrooms. Our kids had 30 minutes of reading in the morning and 30 minutes of math in the afternoon. Our teachers still taught the curriculum, but we did station work and that’s when we instituted eSpark. We had that baseline from December without using eSpark, and then in the beginning of June, we gave our final NWEA MAP assessment data, and we just saw incredible results. It blew us away. In December, our kids had an average percentile around 48%, and in June they were averaging 73%, which is unheard of.

"We saw eSpark in action, and we were totally blown away. We walked into a kindergarten classroom, and if someone had told me it was a second grade classroom, I would have believed them."

I’m amazed by eSpark Learning. I know teachers don’t have enough time to find which apps are effective and aligned to each Common Core standard and grade level. eSpark does that for us. We are just so happy with eSpark Learning and everything that’s transpired since January. 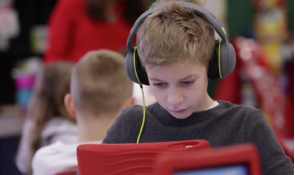 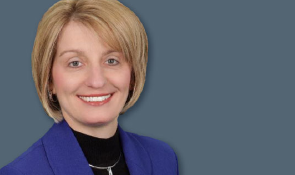 eSpark is implemented in K-6, and in 7th and 8th grade SPED and RTI