A Digital Promise case study examines the blended learning implementation at Utica Community Schools, a district in the League of Innovative Schools and one of eSpark's first and largest district partnerships. Utica is one of only 73 districts accepted into this exclusive cohort; 22 new districts were just welcomed in October 2015.

In 2011, Utica Community Schools decided to transform how students learn, starting with their first day of elementary school. Located in a suburb of Detroit, MI, the district had recently passed a bond reserving $28.5 million for technological improvements. With this funding and the new adoption of Common Core State Standards, UCS began exploring blended learning models. Superintendent Dr. Christine Johns explained her reasoning to reimagine Utica’s Kindergarten program: “Early childhood education makes a significant difference. You’re going to give kids the right start. You’re going to set the pace for the school district for the next 13 years.”

After considerable research and collaboration, UCS designed a blending learning model starting in kindergarten in which students progress through personalized learning plans with state-of-the-art technology such as iPads and MacBook Air laptops. In 2012-2013, UCS adopted personalized blended learning in its 80 full-day kindergarten classrooms. The initiative resulted in all students attaining double digit academic growth as well as doubling the number of students who are on a college trajectory (meeting the 70th percentile nationally).

The Digital Promise case study examines the blended learning models at UCS, delves into the decisions behind the district's choice of educational tools and technology, and reflects on the students' successes. As an early partner in the district's blended learning initiative, eSparkfeels incredibly fortunate to support UCS early learners in their iPad centers.

In groups of six, kindergartners and first graders rotate daily through a flexible centers model and take turns working on their eSpark personalized learning plans on the iPad. The flexible centers model and eSpark's comprehensive dashboard allow teachers to recognize learners at similar levels and pull aside groups of students to deliver targeted instruction in small groups. Gabriella Meyers, a former teacher who now consults on instructional technology for UCS expressed the teachers' endorsement of this instructional model stating, "There is no teacher that will tell you it’s better to teach 24:1 than 6:1.”

Digital Promise also discusses how eSpark's innovative platform and dedicated staff makes the app purchasing and management process easier for UCS. With nearly 2,000 kindergartners starting the program, identifying and managing iPad apps for each student was going to be a huge challenge for the district. eSpark automates the iPad syncing process to pre-load the correct apps onto the appropriate device and “as a result, the district has access to a wide variety of educational apps while dealing with only one vendor and signing one contract.” Superintendent Dr. Johns reflected on the partnership, stating “[eSpark is] not the provider that arrives, sells us a product and they are gone... When we say there’s a problem, they are here and they are in the trenches problem solving with us.” 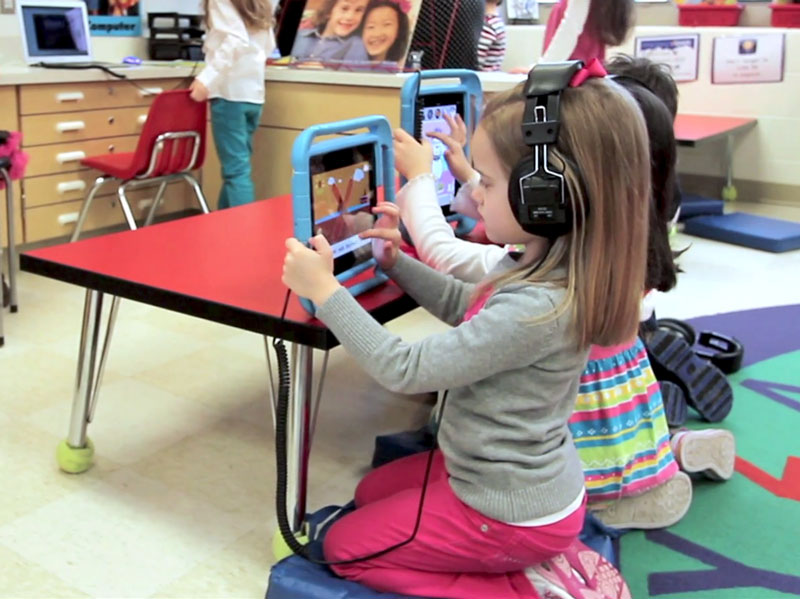 eSpark is extremely proud of the incredible gains this League of Innovative Schools district has made as a result of their innovative work with blended learning. After examining year-end NWEA assessment scores, “UCS students improved at a rate 67 percent higher than expected by NWEA, suggesting that the targeted instruction provided by teachers is allowing students to demonstrate improvement in areas where they previously struggled.”

Try eSpark in your school or district for free! Reach out to our team today.