As our understanding of the science of reading continues to evolve, so too has our nation’s approach to phonics instruction. The understanding of letter sounds and symbols and the application of that knowledge has become a foundational element of most early reading programs, including eSpark’s K-3 curriculum.

For your convenience, we’ve curated some of the best phonics games eSpark has to offer, spanning PreK - 3rd grade. These games are all accessible in eSpark Quests, or by following the direct links provided. We’ve also linked to the assignable Small Group Skill lessons for current eSparkers where applicable. Enjoy!

You may have heard the story of the hungry caterpillar—this game empowers students to help their larval stage insect grow by identifying letters that correspond with spoken sounds until a beautiful butterfly emerges.

Small Group Skill not yet available

Elsi loves to sort so much that she shows up three times in eSpark Quests between PreK and 1st grade. In this version of the game, students are asked to identify the letter each pictured object starts with after hearing the word spoken aloud. 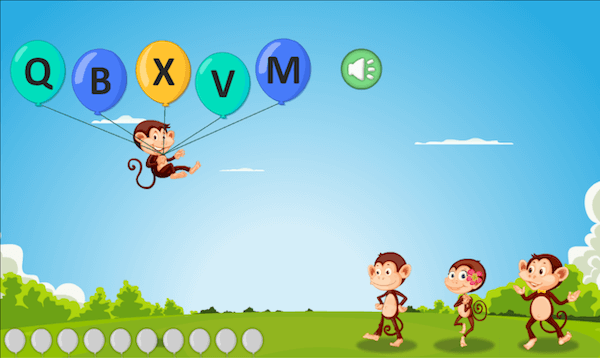 Oh no! Claude the monkey grabbed too many balloons and is now suspended above his friends. Students will help Claude pop his balloons by identifying letters that correspond with spoken sounds.

In this artsy game, students get to choose from a picture of a dragon, octopus, or butterfly, then make it beautiful by choosing the right letters to match spoken sounds.

5. Water Sliding with Rabbit and Cat 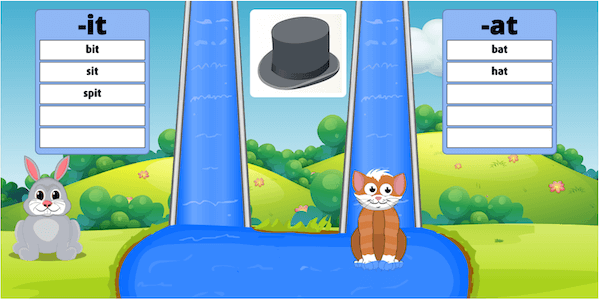 Students can send rabbit and cat down the waterslide by sorting words based on whether they end with an -it or -at sound. As you might expect, Cat likes to chat with a bat while wearing his hat while Rabbit prefers to outfit her kit so she can sit for a bit. 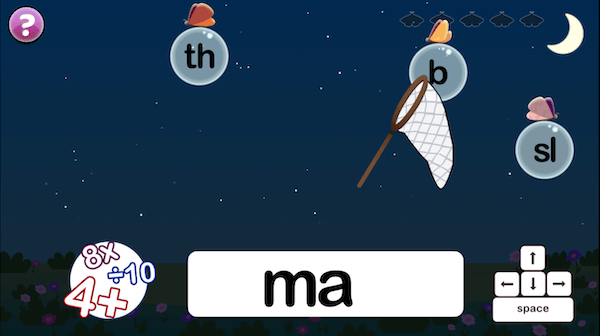 Small Group Skill not yet available

One of the newest additions to the eSpark game library, Moonlit Moths is a peaceful nighttime adventure in which students catch moths to spell out spoken words, with an emphasis on the -th digraph. 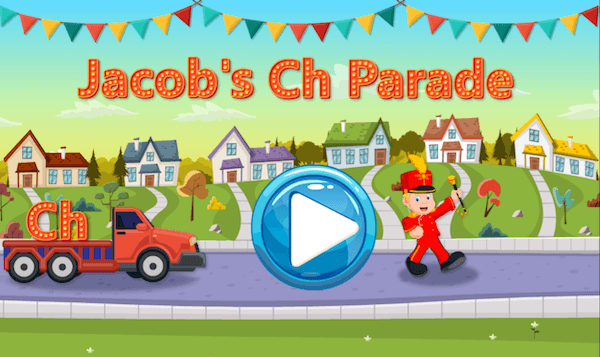 Choo choo, the parade is coming through! Students will help Jacob build a championship float by choosing words that start with the -ch sound. Check it out—we’ll be cheering for Jacob and his helpers from our chairs! 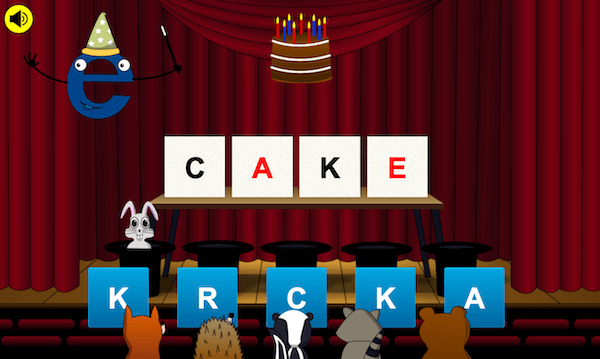 Hear -e, hear -e, come see the great Houdin-e and his silent -e magic show! Students will pull rabbits out of hats by building four-letter words that end with e. Remember: The magic e tells the vowel to say its name! 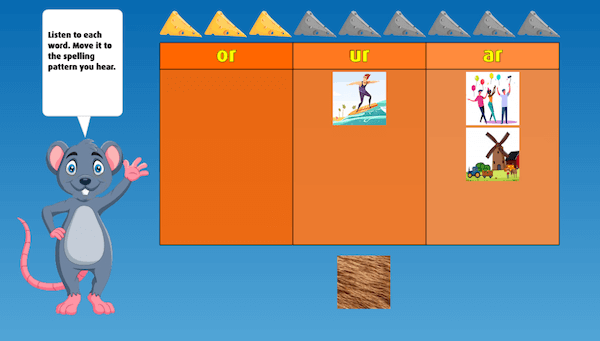 Rexy the rat needs some cheese, but the only way to get it is for students to correctly sort words by the correct r-controlled vowel team between -or, -ur, and -ar. Storm’s over, surf’s up, and it’s a party! 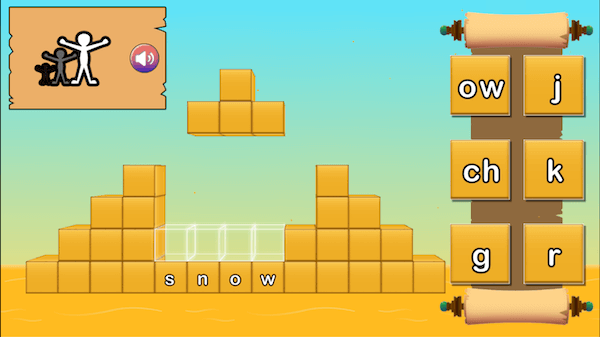 In this game, students are tasked with building pyramids by combining letters to make words after they’ve been spoken aloud. Keep an eye out for a variety of common vowel teams! 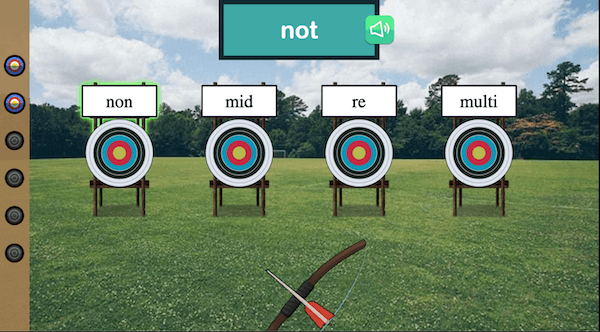 Morphemes are a critical bridge from phonics to comprehension, which is why eSpark’s third grade curriculum includes extensive practice with common affixes. In this game, students take their bow and arrow and look for bullseyes while connecting common prefixes to their meanings. 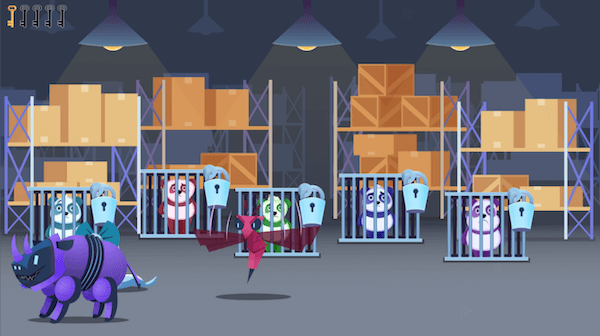 We may have saved the best for last with this one. Panda Breakout consistently ranks as one of the most beloved games in the entire eSpark library based on student ratings. Sure, students will get valuable practice identifying the meaning of common suffixes, but few things in life are more satisfying than helping a sad panda escape from a cage while frying a few robot monsters along the way.

If you’re looking for some systematic, explicit instructional resources to supplement your phonics lessons, look no further than eSpark. Our foundational reading Quests and Small Group Skills lessons include the purposeful introduction of all five key components of reading, including phonics, phonemic awareness, vocabulary, fluency, and reading comprehension. Our learning design team is also keeping close tabs on the ongoing research around the science of reading to ensure continued alignment with evidence-based practices.

We’ll A-B-see you next time. As always, have fun eSparking!